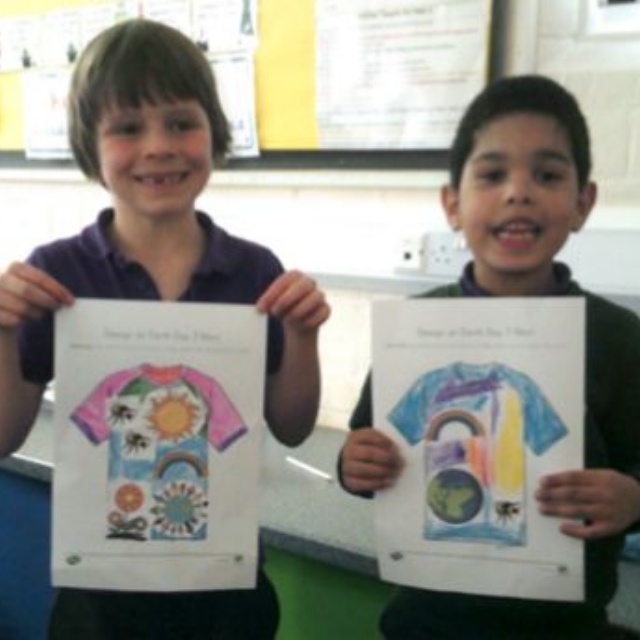 On Thursday we took part in Earth Day, marking the event with a day filled with exciting exploration about the issues facing the Earth. All of the children have shown a fantastic interest in how they can help save the Earth and have used their voices to share messages about animal habitats, deforestation, climate change and beyond!

In Nursery the children talked about keeping the environment tidy by picking up rubbish, introduced the idea of recycling and explored which things could be recycled. They also painted some beautiful Earth pictures!

The children talked about looking after plants and enjoyed watching a time lapse of a plant growing! After, they discussed how we need to let them grow in their environment. The children had fun looking at the new flowers in their area very carefully. The children were very excited to be part of Earth Day! 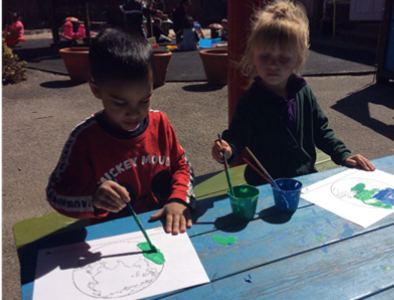 Key Stage 1 had a very exciting day learning habitat degradation and deforestation. They found out about the effects human’s actions have on animal habitats and thought about the impact this has had on the Earth. The children have all become passionate experts on the subject!

KS1 loved exploring our Secret Garden and finding out all about the animal habitats we have right here at New Town! They also designed Earth Day t-shirts – we think they have certainly captured the spirit of Earth Day! 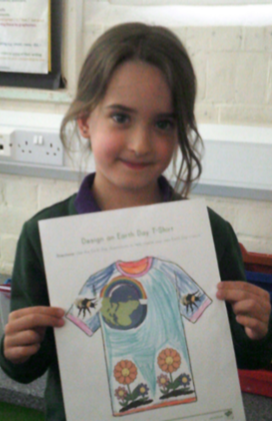 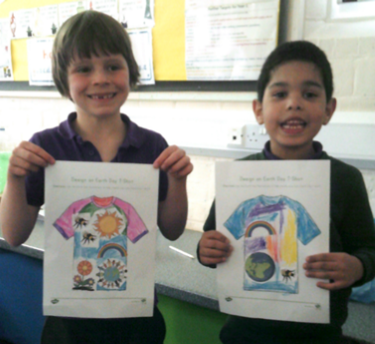 LKS2 explored river pollution and the effect this has on our environment – in particular, the impact it has on wildlife. They followed Freddie the Fish as he explored his river and came across all sorts of terrible pollutants. The children were very impressive in sharing their knowledge and exploring the impact humans have on the environment. The teachers enjoyed listening to their insightful thoughts about the actions we could take to help combat river pollution in our local area.

Year 3 / 4 also explored the impact young activists like Greta Thunberg have had on the fight against climate change. They were inspired to use their own voice to become activists in the classroom, creating posters sharing key messages about the climate. The children also made pledges to make changes in their lives to help save the Earth. 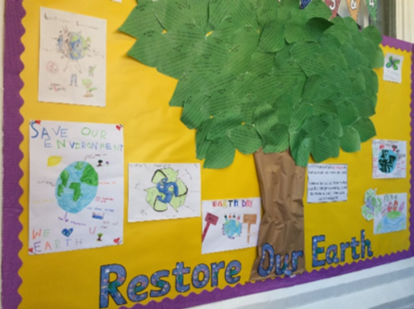 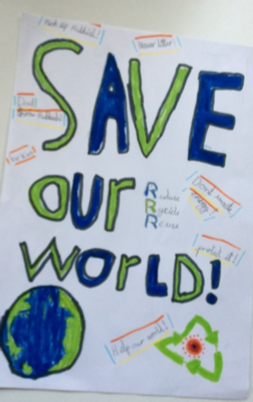 Years 5 and 6 looked at the wider impact Earth Day has had on the world and people’s attitude to climate change. The children explored activism led by young people and the importance of finding a voice to share the impact of climate change. They considered how they might become a young activist and how they can make small changes inspired by big movements.

The children were inspired by the activists they explored to create their own protest art – posters and placards sharing their messages about climate change.  UKS2 even held a protest in the playground to demonstrate their commitment to raising awareness of the climate crisis. We think they were fantastic and are proud of them finding their own voices!